So here goes – My first blog ever!! I’m not the best writer but I have a story I want to share with you. It’s a secret story. It all began back in 2003. Back then I was a girl who started a new relationship with a guy & also shortly afterwards began a relationship with the bottle. I was unconfident I suppose & as much as I was into this guy for some reason I didn’t feel truly comfortable when hanging out with him. One evening when he was due to call around I thought why not have a few glasses of wine beforehand to relax the nerves & it worked

So here goes – My first blog ever!! I’m not the best writer but I have a story I want to share with you. It’s a secret story. It all began back in 2003. Back then I was a girl who started a new relationship with a guy & also shortly afterwards began a relationship with the bottle. I was unconfident I suppose & as much as I was into this guy for some reason I didn’t feel truly comfortable when hanging out with him. One evening when he was due to call around I thought why not have a few glasses of wine beforehand to relax the nerves & it worked

Fast forward to 2017 & I  was still hitting the bottle & hiding them until yesterday. In a drunken haze I revealed everything to my husband last night. Of course he had found the empty bottles hidden in my wardrobe within a few months of us living together but I had convinced him I didn’t have a serious problem by lying. He still suspected but later told me he thought it’s her problem she needs to figure it out. I had continued the habit I started at the beginning of that relationship back in 2003 with the following boyfriend & then my husband. It made me feel confident & well less nervous & I enjoyed it. The difference is in that first relationship it was a toxic relationship. My boyfriend was a difficult person. He didn’t like most people & he was a loner. It was me & him against the world. Sexually he wanted me to do things I wasn’t comfortable with. I couldn’t change him or had the strength to leave him so I used alcohol to help me through it. Everything was easier to tolerate when I was intoxicated.

I decided to write this blog to keep me focused on getting better. To hopefully inspire someone else suffering from the same disease I have. I will be honest & share my journey with you. It’s a scary road but I need to travel on it to reach the desired destination.

All the empty bottles have been tossed aside- no more secrets!

So yesterday being Saturday was my trigger day. It is Saturday I am always waiting for all week as I get to drink. It used to be Friday too but I managed to cut that out a good while back. I knew it would be hard. It started out ok every now & then the thought of how I wasn’t going to drink would mean my night would be boring. As the evening drew in it got harder. It  hit me hard at about 6pm in the last hour. I had been rehearsing my dance routine like I did most Saturdays & as I finished up the overwhelming urge hit me as usually every week I could look forward to that first drink afterwards while my husband put our son to bed.It’s my ritual on Sat . I wanted that chill feeling. I’m thought sure just go for it I’ll get my prescription on Monday for Nalmefene why put myself through no drink tonight. I put money in my pocket & went to walk the dog as there was no alcohol on the house. I  thought I’ll  buy some vodka & down some before I got home but I was also afraid my husband would  suspect so I left not sure of what I would do.

I walked towards the off licence . Then I thought of my husband who is being so supportive & my promise to myself to never drink in secret again – that is at least over. I was walking towards the off licence & my dog turned off to go a different way & I went with her. I then walked home. Once home I knew I had done it as there was no alcohol in the house.

The evening was ok. I’ll admit it would of been better with my usual hit. We watched a movie ordered food & I got a foot massage. Sounds really nice but it was missing but I did it. I actually did it. I would usually would drink tonight also but I think it wil be easier to not as the craving would be strong if I had of drank last night. I have an appointment with my doctor early tomorrow morning so I also want to have a clear head & at least at that point I can tell her I abstained for a week.

Day 6 today I thought would be easier. The same thoughts came into my head & in the evening the same temptation took over but I didn’t leave the house & I am sitting here at 8pm & sober. I usually binge on Saturday & Sunday & this is the first time in so long I have not drank for the 2 nights. I still would love to be drinking it isn’t easy kicking this habit. I don’t know if I will be as successful next week but I am hoping to get meds from the my doctor to start The Sinclair Method as cold turkey is hard! I still hear the drink saying to me you can just treat yourself on Saturdays but I know when I have that 2nd & third drink I just want to keep going.

This is harder than I thought but I need to keep telling myself this is progress. 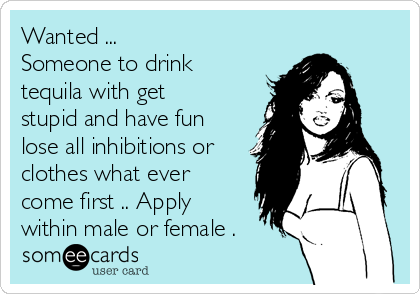 So today I met with my friends who I perform with & had told earlier in the week what I am going through. I wish I hadn’t met them to be honest  as it sent me backwards. Being around them reinforced the thoughts of not being able to have fun as I used to as I am the one with a drink problem although I don’t think they see it that way, from how they were talking I think they think I will be fine in a few weeks. When they left I cried. I felt so low. I was doing so well this week & was trying to be optimistic but this just had a bad effect on me. I had told them my issues but the feeling I get is that they think we all drink too much & that I will be back to myself in a few weeks. If I didn’t perform with these girls in a dance group I think it would be easier but our shows are always booze fused. I’ll have to deal with that. Why do I care so much about this part of my life? Do I need to leave it behind to get better?

I will be discussing The Sinclair Method this Monday with my GP. I think from researching this it would be the way to go for me. I could take the pills & openly drink but have control over my drinking & I wouldn’t feel different or that people know I have a problem. I don’t think it will be easy to get a prescription here in Ireland though so I may have to buy online which is expensive.

Tomorrow for me is the real test of staying sober as I have binged every Saturday & Sunday & sometimes Mondays for the last 12/13 years except when I was pregnant or sick or away with the in laws. I am nearly 37 now & I have to change theses habits for my husband & son & myself. If I make it through tomorrow night sober I will be so proud.

Yesterday was day 2. I don’t know if these days count as I am a weekend drinker so during the week isn’t that difficult for me to give it a miss. I am planning on this to be my first drink free weekend in a long long time. I’m feeling optimistic about it but Saturday is gonna be the real test. I would usually secret drink upstairs & fool my husband into thinking when I sat down to drink with him I had only started. Turns out he had is suspicions. I loved the feeling of calmness after the 2nd 0r 3rd drink I then I would drink until I always fell asleep before the movie we were watching together ended.

Yesterday I told one of my friends. I perform with a dance group & felt I needed to tell them as our shows always involve drinking. The girls are big drinkers themselves. We perform at 2 day long festivals & its party party & this new sober life for me just doesn’t fit onto that. I messaged her & told her I was having problems & self medicating with alcohol. Her response was very supportive & she said she does the same but doesn’t bother hiding it & that she thinks we all party too much. I still feel I am more serious with my problem but I felt she could relate to me.I asked her to tell the others so I didn’t have to do it again. The more honest I am I think the better. I don’t know if I have to cut alcohol out forever. I have been told about The Sinclair Method & I am going to talk to my doctor about it on Monday. One thing is for sure I need to not drink in secret ever again.

Today I started a new job. Its part time which works having a 4 year old boy. The alcohol situation popped into my head a few times. I find myself talking to people & wondering how much do they drink? I’m still on the whole quite positive. This evening my husband talking about one of our friends who would call once a month & we would drink together it hit me that’s a thing of the past & I felt kinda scared by it. What will this guy think too?

Just got to try get through this weekend & I hope I do it!!!

This is a text widget. The Text Widget allows you to add text or HTML to your sidebar. You can use a text widget to display text, links, images, HTML, or a combination of these. Edit them in the Widget section of the Customizer.